These are not the files you are looking for

If you have been following along on my Red Hat Enterprise Virtualization series, you may have noticed that the RHEV marketing hasn’t matched reality. Red Hat’s claims about being best in class and equivalent to VMware vSphere are dishonest.  As much as I’d enjoy writing about something more interesting, I do have a few more important realities to share with the virtualization community about this latecomer.

Red Hat published a PDF comparing RHEV to VMware vSphere and Hyper-V.  Here is one of the entries on virtual storage:

Okay, so far so good.  Apparently, as with vSphere, virtual disks are simply files and can be stored on any of the various storage domains.  If you missed the last post on how RHEV Data Centers are limited to a single storage technology, please be sure to check it out — it’s not like vSphere.

As it turns out, the fact checkers were off the day Red Hat released that handy comparison whitepaper.  Because if you actually went through the effort to set up RHEV and create virtual machines, you would never find anything resembling a virtual disk file on the host. 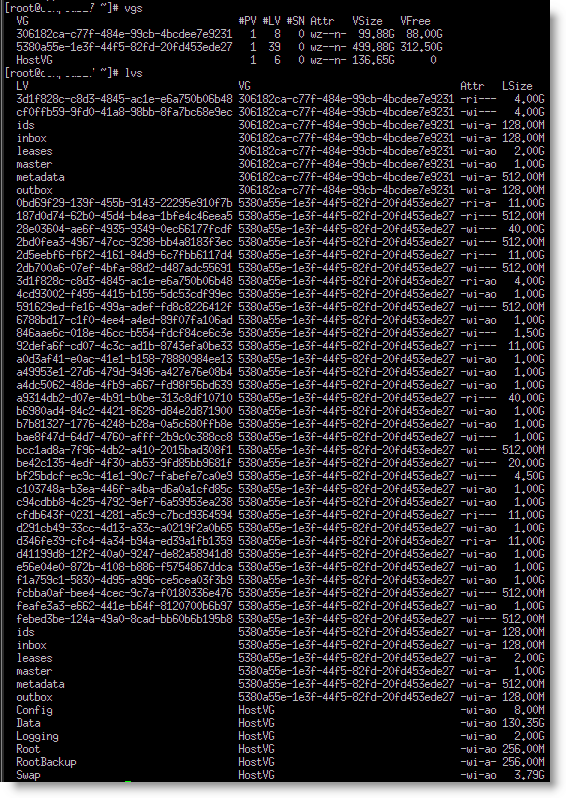 Did you spot the file?  While it is common to say that “everything in UNIX is a file” this is taking that old adage to an extreme, wouldn’t you say?  Storing virtual disks in this fashion makes it nearly impossible to move VMs between hosts – even if they are powered off.  And you can forget about easily storing archive or DR copies of important VMs in an alternate location.

Even if you are running Red Hat Enteprise Linux virtual machines, the best and easiest virtualization platform to deploy, configure, and manage is VMware vSphere.  Try for yourself and see.